Do I Need Antivirus Software If I Have Windows Defender?

Discover here if Windows Defender is enough for you or if you need to install a third-party antivirus software to keep your PC secure.

With so many third-party antivirus solutions, many of us doubt if Windows Defender is powerful enough or if we need another antivirus software.
Well, I was in your shoes, and this led me to research everything I could on the topic, and this is what I found:

Windows Defender is perfect for you if you have some experience browsing the internet and know exactly what you can click and what you cannot. But if you are a bit inexperienced and aren’t familiar with online threats, then an excellent third-party antivirus can be your best choice.

But what about the antivirus capabilities themselves? Shouldn’t we all go for the most powerful antivirus out there, regardless if we’re experienced users?
We will answer this next.

Is Windows Defender The Best Antivirus?

If you see it this way, you’ll realize that a select group of antivirus is the most complete.

But does Microsoft Windows Defender belong to it?

According to AV-Test, Windows Defender gets the maximum score of 6 points in all three categories: Protection, Performance, and Usability. So, Windows Defender is among the most powerful antivirus for Windows.

The test challenged 21 antivirus programs for Windows against current real-world threats; and presented its results in three categories: Protection, Performance, and Usability.

As you can see below, Windows Defender got the highest score possible:

So, Windows Defender has the best protection, the minimum effect on your computer speed, and won’t often bother you with false warnings.

Now that I’ve proven that Windows Defender is reliable, let’s move to the next point.

Is Microsoft Windows Defender the Right Antivirus for You?

If you do a quick search on Reddit, you will often find users saying things like “Windows Defender + common sense is the best antivirus.”

This common sense is what I meant early by having some internet experience. You are an experienced user when you are the type of user who:

I am this guy, and I don’t get any virus since the early 00s when I was still a teen. If you are also this type of user, Windows Defender is the best choice for you.

Windows Defender is ideally suited for users who are fairly experienced with computers and the online environment. But if you are an inexperienced user, you better stick with a trusted paid antivirus.

Third-party antivirus programs are more proactive and cautious when guiding your online and offline actions. But you need a paid antivirus; the free version won’t do here.

Free antivirus programs often behave very similarly to adware; they will bombard you with ads and end up lacking the real-time protection that an inexperienced user needs.

If a paid antivirus is too expensive for you, I will now tell you how to boost Windows Defender security.

(If you own or are considering buying a 128GB SSD laptop to run Windows 10 or 11, then you should stick with Windows Defender.)

How to Get the Most Out of Microsoft Windows Defender

There are two simple steps to get the maximum security out of Windows Defender:

For ad blockers, I recommend installing the Adblock – best ad blocker plugin directly to your browser.

It is the one I have used for years, and it will not only get rid of website ads but will also do away with the annoying YouTube ads.

(To learn of a powerful extension that improves your search results quality on Google, check my article on how to block Pinterest from Google search results.)

It is almost a consensus among tech users agree that the best anti-malware solution out there is Malwarebytes.

Malwarebytes complements the security provided by Windows Defender while providing you with manual scans.

While antivirus protects your PC against older and more well-known threats such as Trojans, viruses, etc., anti-malware programs deal with a range of emerging threats constantly evolving, representing the most significant share of threats we meet online.

This is why we need powerful anti-malware software to protect us.

Since Malwarebytes is an anti-malware and not an anti-virus, you can run it alongside Windows Defender (or any third-party antivirus) without any problem.

This doesn’t happen with third-party antivirus solutions such as Avast or AVG. You cannot use those alongside Windows Defender as they perform similar roles.

(If you want to run Windows Defender and Malwarebytes simultaneously, read my article on that to learn the best settings quickly.)

As long as you exercise caution when browsing the internet, try to identify suspicious links, and stay away from downloading files from unknown sources, you won’t need another antivirus if you have Windows Defender.

The best antivirus is common sense. However, if you aren’t experienced with computers and the internet, you may consider getting a reliable paid third-party antivirus.

For maximum protection, you can turn on the Windows Security Core Isolation feature. If you don’t know what I am talking about, I’ve written an article on what Core Isolation is and whether you should turn it on.

If you run Kaspersky, check my article on how to fix Kaspersky Lab Launcher’s high CPU usage in Windows. 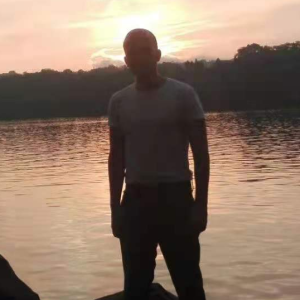